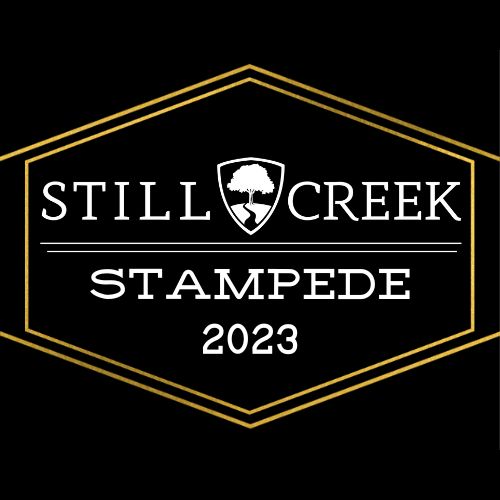 Events For The Kids

Mutton Bustin’: In rodeo, it’s no surprise when some of the biggest competitors are the smallest among us… we’re talking about the fierce youngsters competing in the Mutton’ Bustin’ event! The Mutton Bustin’ event is a crowd favorite where the little ones try to hold on for eight exciting seconds! The thrilling rides are performed each night of the rodeo.
To participate:
• Contestants must be 7 years old or younger as of Jan. 1st.
• Participants weight must not exceed 55 pounds
• A helmet will be provided
• Entries are accepted from January 1 until March 1st (2023 APPLICATION CLICK HERE)
• An entry fee of $20 is required (includes 1 adult and 1 child's ticket for all entries)
• Winners will be selected and notified by Thursday, March 10th
• (6) Mutton Bustin'  competitors will compete each night (12) total, winner of each night will receive a rodeo belt buckle.
• Email application to rodeo@stillcreekranch.org

Download File
​Calf Scramble: During the rodeo performance each night, the rodeo clown calls for children in the audience to join him in the arena. Make sure your kids don’t miss out! Any child under 12 can participate – but it’s not for those afraid of getting dirty! When the horn blows, it’s off to the races as kids compete to snatch the ribbon off a calf. It’s fast, it’s a frenzy, and it’s wildly entertaining!